Texas factory activity contracted slightly in the month, according to the Federal Reserve Bank of Dallas November 2019 Texas Manufacturing Index, per executives responding to the survey. The production index, a key measure of state manufacturing conditions, dipped into negative territory for the first time since mid-2016. Other measures of manufacturing activity were also negative in the month, suggesting declines.

Led by declines in production-related indicators, the Chicago Fed National Activity Index (CFNAI) fell to -0.71 in October from -0.45 in September. Two of the four broad categories of indicators that make-up the index decreased from September and all four categories made negative contributions to the index in October. The index’s three-month moving average (CFNAI-MA3) moved down to -0.31 in October from -0.21 in September.

What do the numbers mean?

A zero value for the monthly index has been associated with the national economy expanding at its historical trend (average) rate of growth; negative values with below-average growth (in

The Conference Board Consumer Confidence Index decreased in November following a slight decline in October. The Present Situation Index based on consumers’ sentiment of current business conditions decreased. The Expectations Index, based on consumers’ short-term outlook for income, business and labor market conditions, increased by nearly three points.

The Federal Reserve Bank of Richmond released its Fifth District Survey of Manufacturing Activity and reports activity softened in November, weighed down by negative readings for shipments and new orders, employment declined but remained positive. The indicator for local business conditions held fairly steady. Survey respondents were optimistic that conditions would improve in the coming months.

The Bureau of Economic Analysis released its “second” estimate of third quarter GDP and reports the economy grew at a 2.1 percent annual rate. The “third” and final estimate will be released on December 20, 2019.

US Drill Rigs Running Down 3 From Prior Count

US Raw Steel Production at ACUR 80.4% 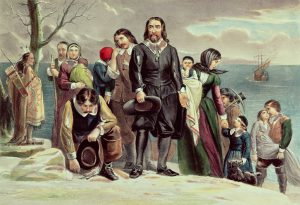 If they looked behind them, there was a mighty ocean which they had passed, and was now as a main bar or gulph to separate them from all the civil parts of the world. 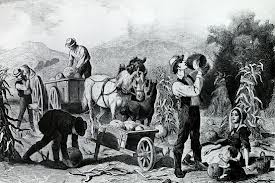 This is indeed a big country, a rich country, in a way no array of figures can measure and so in a way past belief of those who have not seen it. Even those who journey through its Northeastern complex, into the Southern lands, across the central plains and to its Western slopes can only glimpse a measure of the bounty of America.

As an American citizen, how do you want our country to move forward for you and your family: